More to the Band instruments

After Heinrich Band died (1860) his wife, and his partner mr. Dupont, continued the company till 1888 (shown on the label below)
This label was found on the back side of the bellow intersection frame of below instrument
It is a 100 tone bandonion two voice in octave ( 8 + 4 ft ) 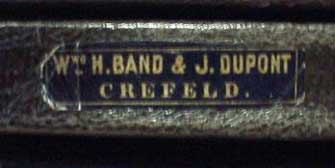 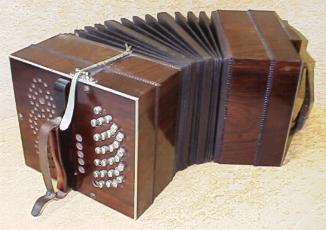 pictures below show 132 tone (single voice) Band instrument exported to the USA shortly after Heinrich Band died.
Although the action was peoduced for this 132 tone lay out , the left hand range was extended by adding extra small reed plates
Could be one of the earliest 132 tone range bandonions exported to the USA as sample

Complete and in bad but restorable condition 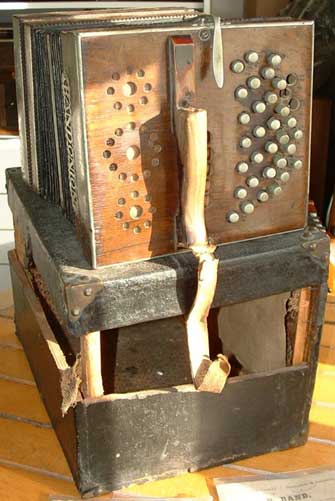 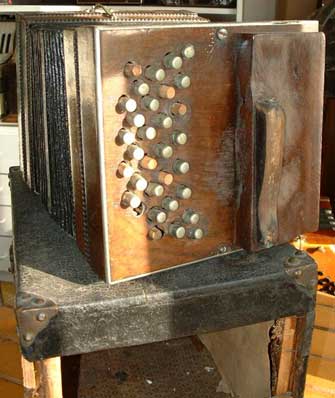 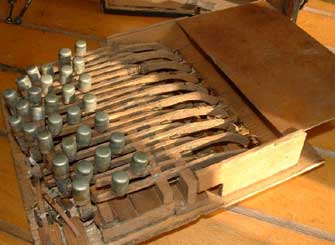 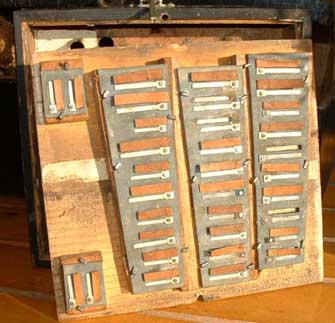 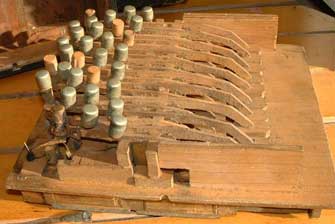 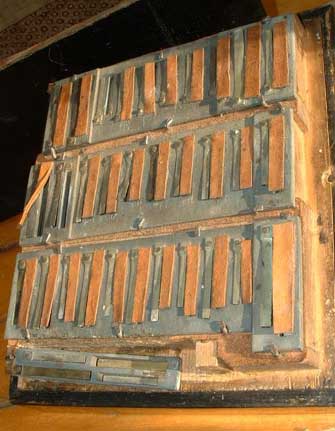 Coming together with this 132 tone (sample?) bandonion came a genuine catalogue and certificate 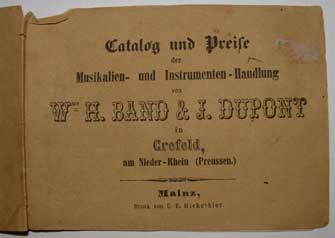 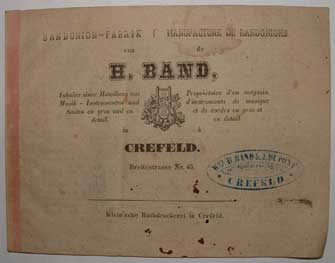 According to Mr. Karl Oriwohl (Berlin),  Heinrich Band his son Alfred (1853-1923)  continued the company, from 1888 on, till 1922.
The bandonion shown below is an early instrument from the Alfred Band period.
130 tone range octave tuned  with  reedplates in zinc and steel reeds 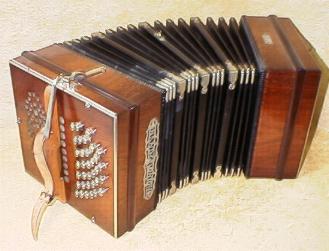